Is That All History?

Just a three minutes’ drive from the old Brig O’ Dee stands our architectural Jewel well hidden behind our Estate’s old, venerable trees… Thanks to the work of thousands of hands over the period of a thousand and more years we are blessed with this beautiful place: the house, the gardens, the woods and fields that surround us.

The main house was built by Alexander Thomson, and designed by architect John Smith aka Tudor Johnny in 1837.

●About the picture: Beannachar in the nineties, two strawbale buildings have since been added: our Games’ Room, and the New Office. 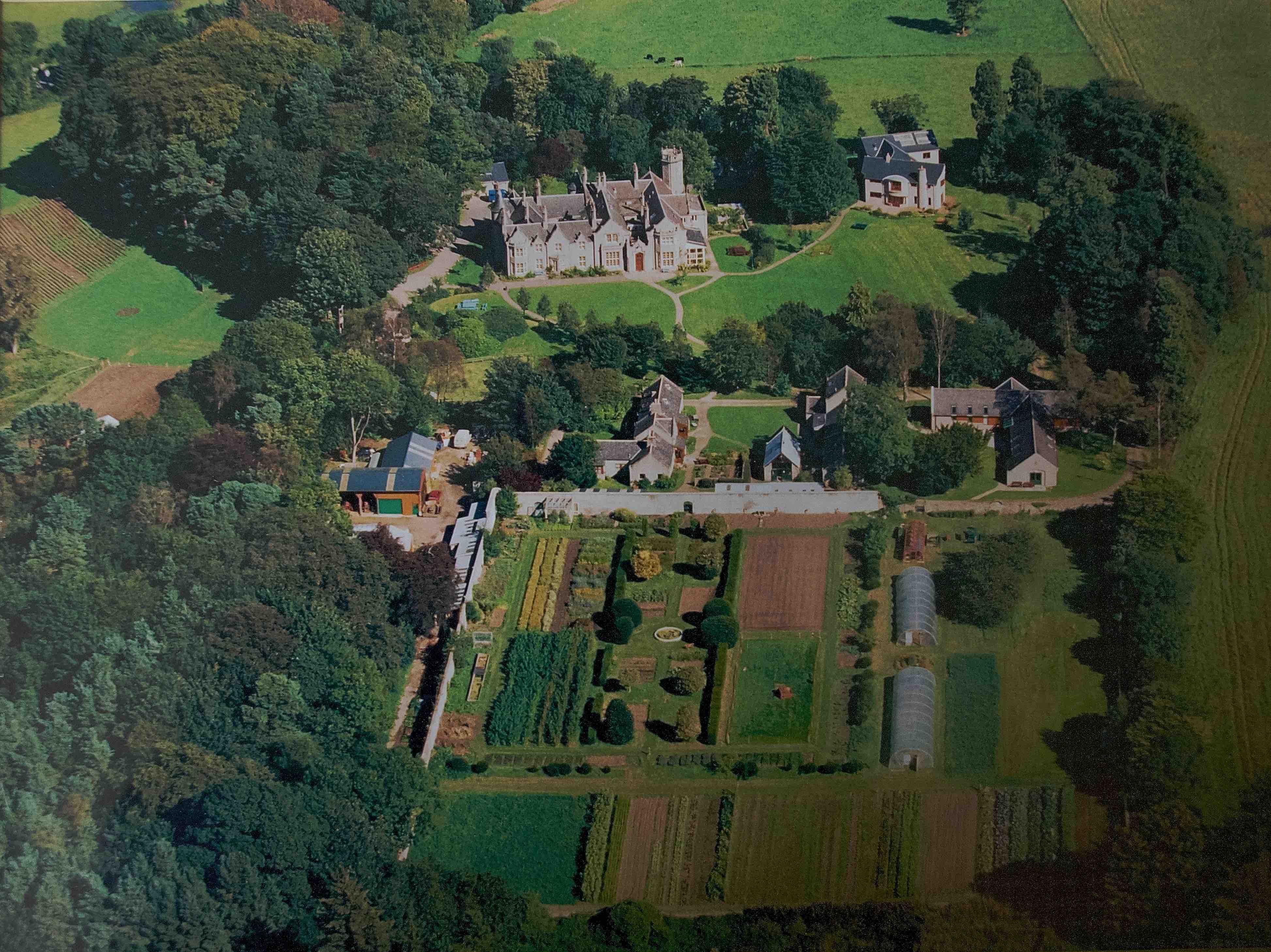 This is a new page on our website, made especially for Doors Open Days 2020.

This is an introduction to further history articles to appear on this site that we intend to publish in the future.

​It is hard to imagine how only 250 years ago the lands behind our estate were a bleak, treeless marshland, through which the ‘Causey Mounth’ struggled its way. Before the era of turnpikes and comfortable carriages, this narrow, poorly maintained, muddy causeway carried Kings, conquerors, poets, fugitives and robbers to and from Aberdeen: it was the main highway to the North of Scotland!​ ● About the picture: Pictish stone from Dunnicaer near Dunnottar Castle, now incorporated into the wall of Beannachar's walled Garden, along with a few others. Alexandra Thomson was an ardent collector of ‘antiquities.’ Many of these are now in the ‘Thomson Bequest,’ King’s College, Aberdeen​. ● Here is a brief film on where these Pictish stones came from, the stones featured in the film are in the walled Garden in Beannachar: 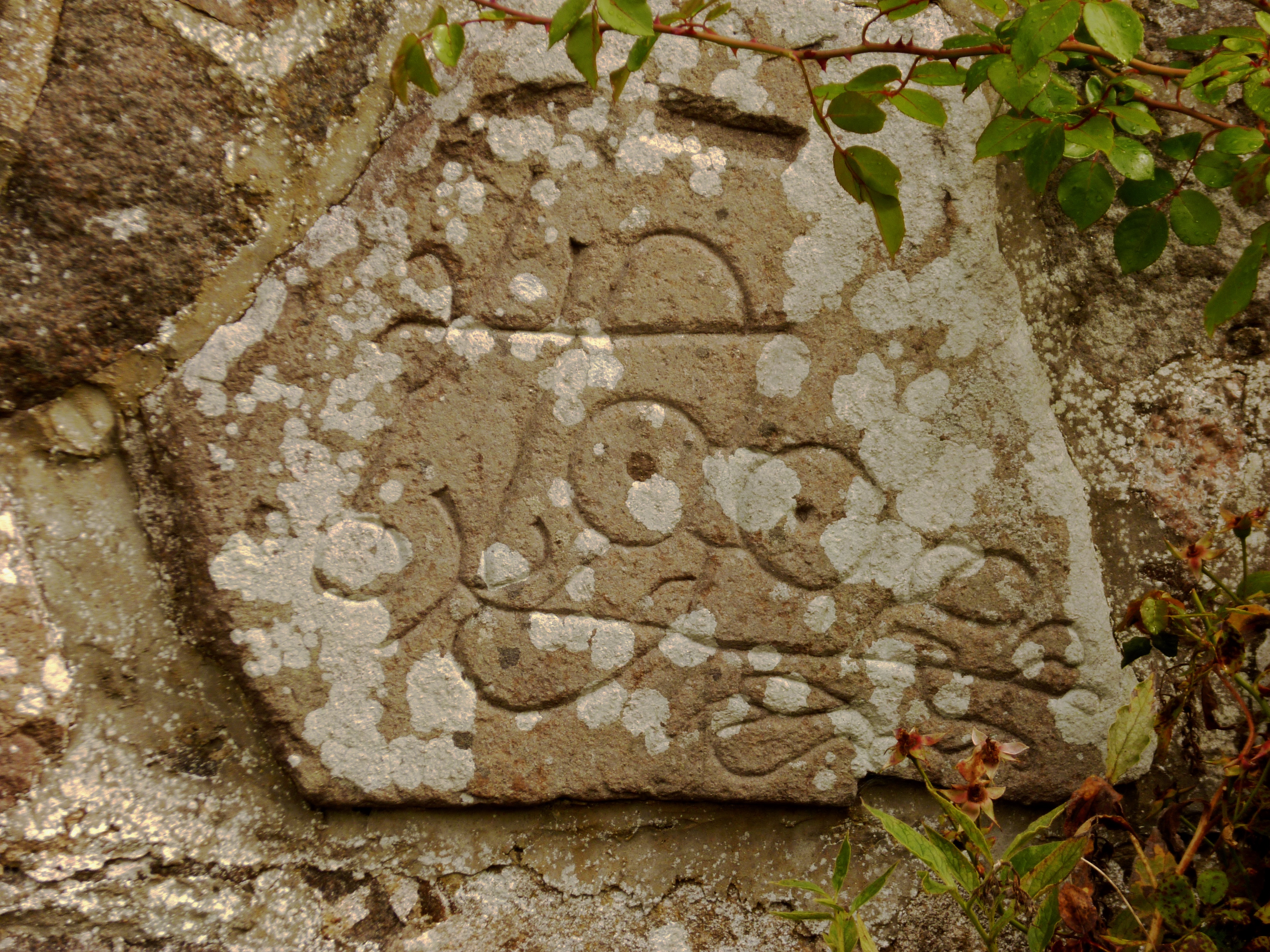 A curse for wayfarers, these bogs were a barrier that protected the people living on the slopes of lower Deeside. And so, at the time of the Picts, Saint Devenick and his followers could cultivate their land in relative peace: “Beannachar” means, freely translated, ‘Protected, blessed community’… Our walled garden is perhaps a remnant of the work of these first settlers: We found slags from smelted bog iron deep in our garden’s soil. Later, in Queen Mary’s days, Beannachar became the birthplace of Beatrice, a highly gifted singer and clarsach player. Her highland harp, the beautifully decorated Queen Mary Harp, is now a main feature in the National Museum in Edinburgh. ●About the picture: Replica of the Queen Mary Harp. Simon Chadwick harpist, played on this instrument during out 40th anniversary celebration [Picture credit: http://simonchadwick.net/tag/queen-mary-harp].

Creating the landscape we see today

In the 19th century, the crofters and labourers under the lairds of Kincausie, Banchory Devenick and neighbouring estates transformed the moors into fertile farmland and planted millions of trees in the less arable parts. An immense advancement mostly achieved with their bare hands! Thanks to this hard work we can now enjoy the lovely varied countryside on our weekend walks! ●About the picture: Detail of a plan from 1821 of the Garden and Old Mansion drawn by Alexandra Thomson. It still shows the original L shaped mansion from the 17th Century. 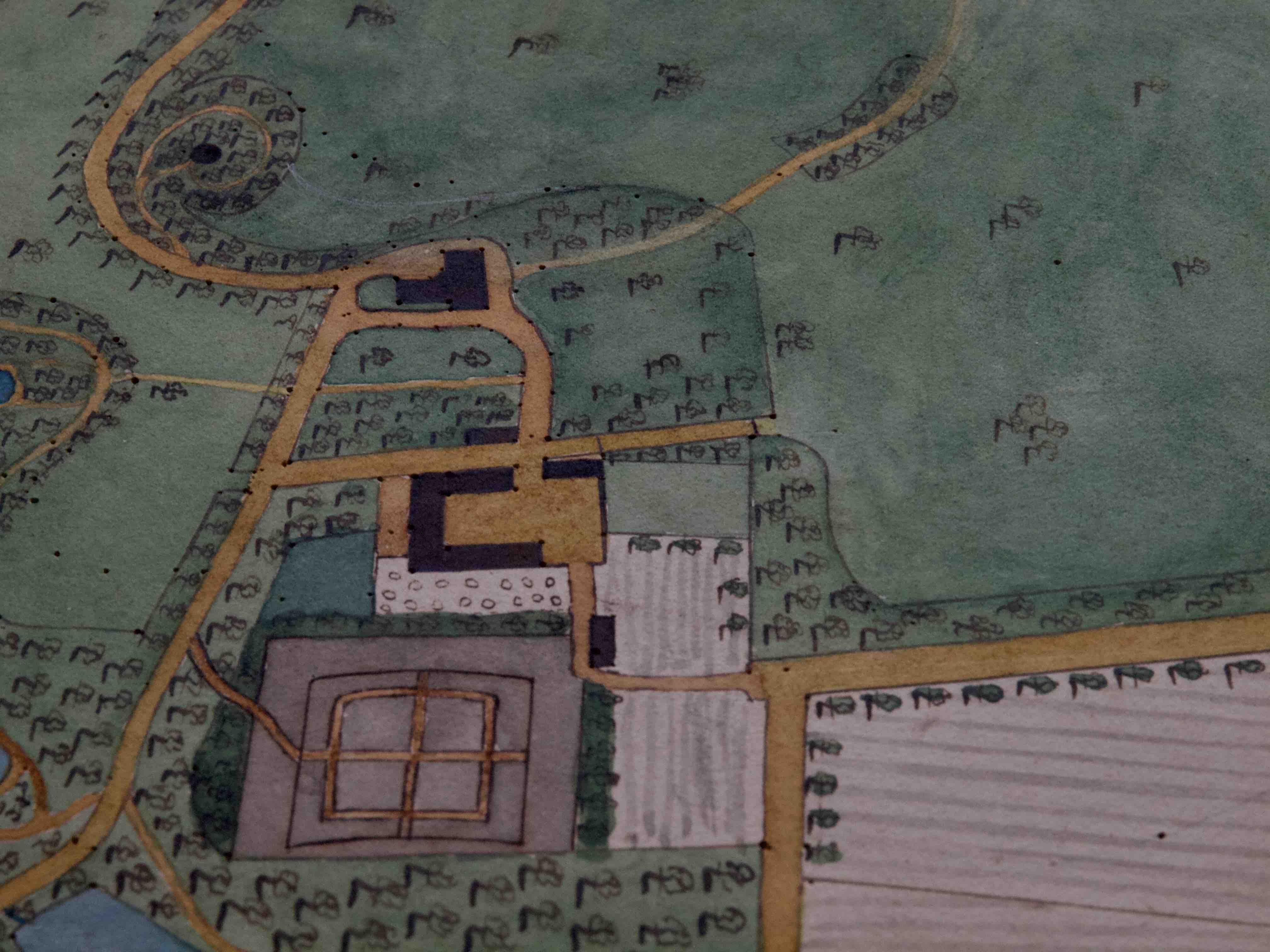 Thanks to Alexander Thomson of Banchory Saint Devenick – and thanks to the many stonemasons, builders, roofers and carpenters who worked on every single granite block and slate and sawed every single rafter and plank by hand - we now have the privilege to live in this beautiful early Victorian Mansion! ●About the pictures: Tiles incorporated in Mr Thomson’s Study Room’s fireplace. Possibly one of his many ‘souvenirs’ he would bring home from his many visits to the continent 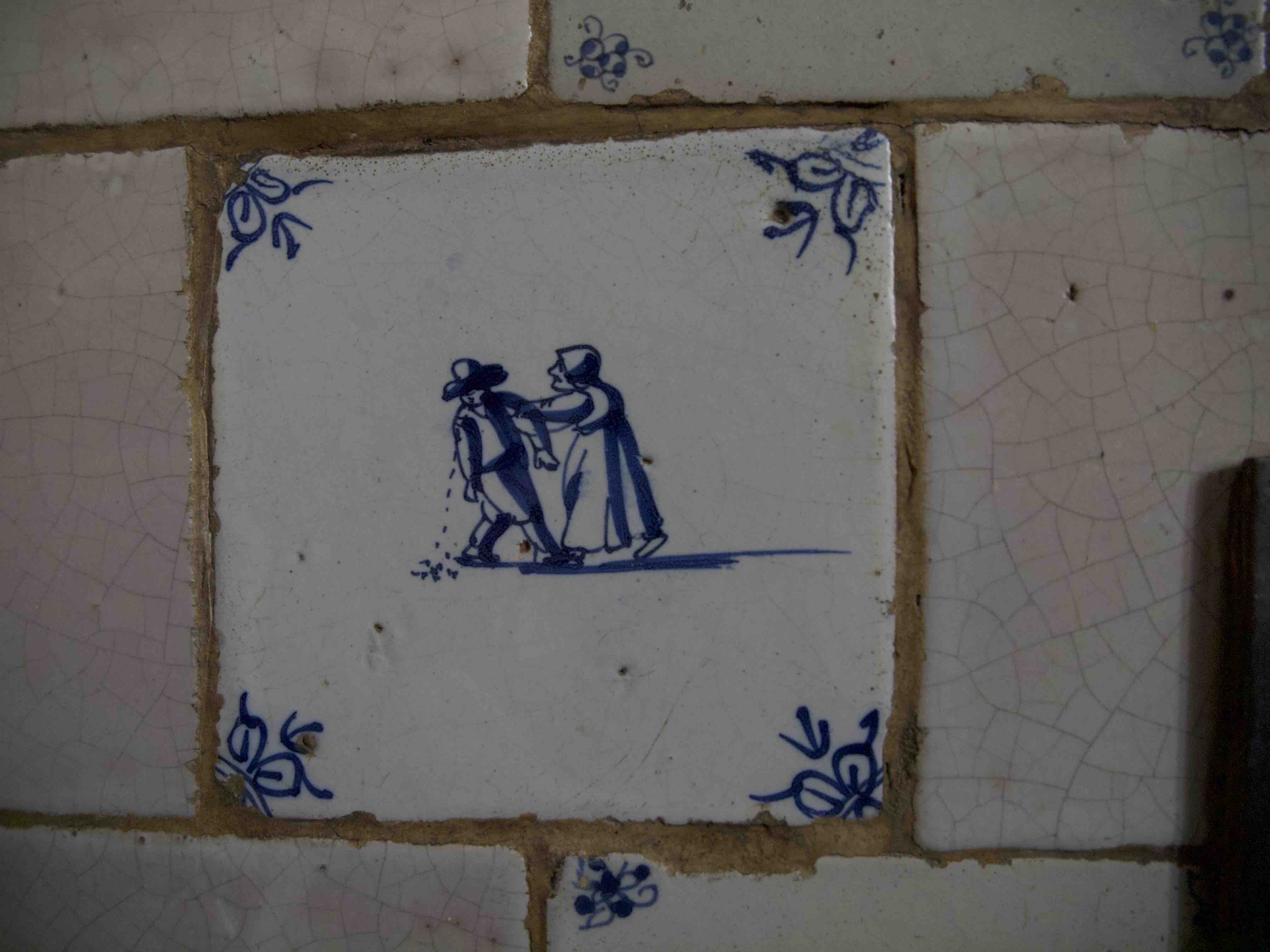 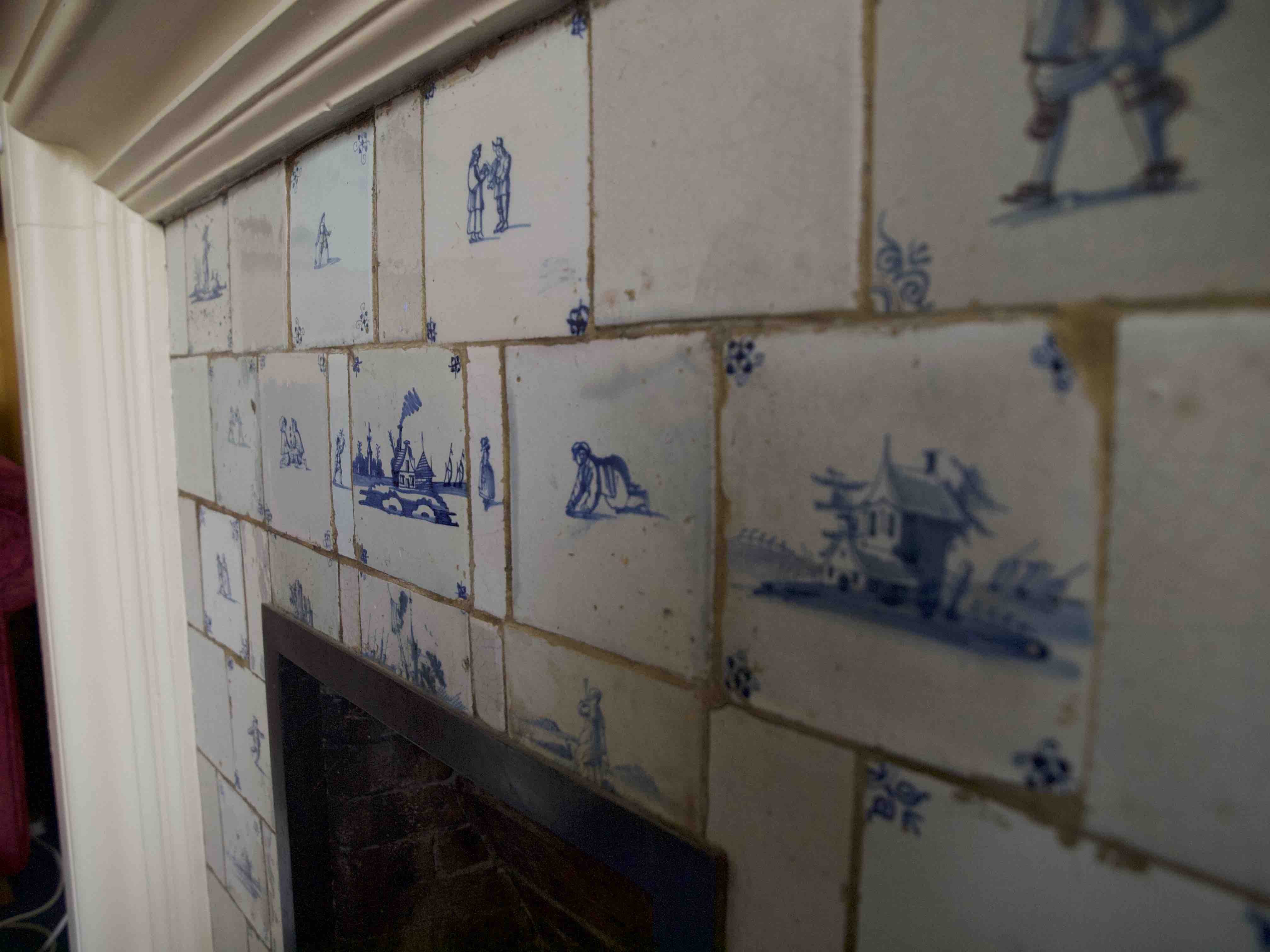 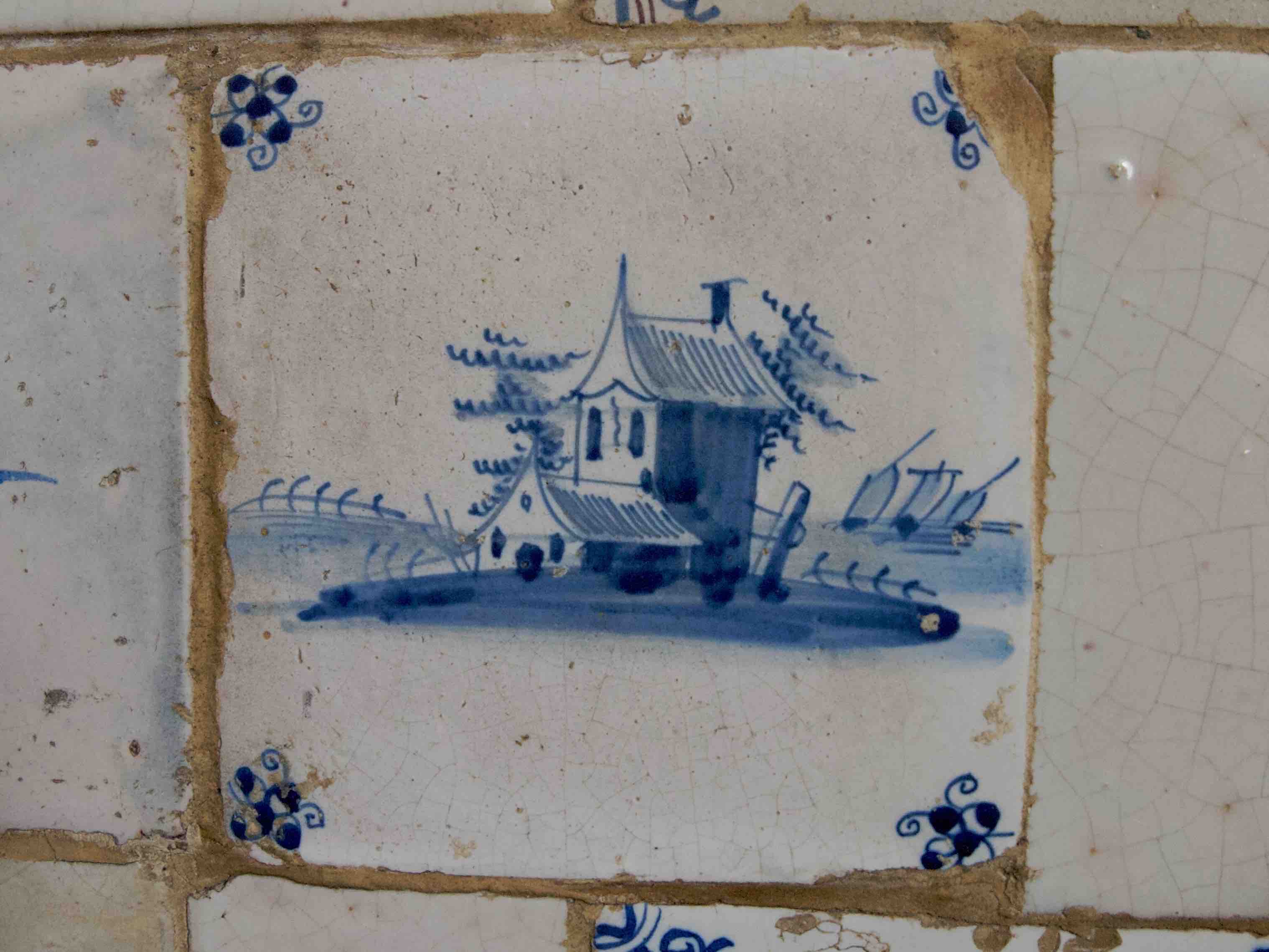 Thomson and his significance for Beannachar and Aberdeen

Thomson’s life and work will be worth several future articles on this ‘doors open days’ page: It is through him that the ‘Disruption’ controversy of 1843 turned into a ‘success story’ for Aberdeen. He also was the co-founder of the first ‘Ragged Schools’ for the poor in Great Britain. Why Prince Albert, the ‘King without a Crown’ was invited by him in our house during one of the most memorable meetings of the ‘British Association’ – that is also a story to be told! ●About the picture: This mantelpiece commemorating the visit of Prince Albert survived the fire of 1984. It is now integrated in our Garden Wall.

After the Thomsons, the Stewarts took over the lairdship of the estate, and they too have interesting stories to share, like that about the days when the illustrious Andrew Carnegie, the richest industrial on this planet, stayed in our house and received a telegram. His dissatisfied workers were fighting the not-so-illustrious ‘Battle of Homestead’ (his Pittsburgh factory) – a disastrous rebellion that cast its long shadow over North America’s labourers’ movement until today… Fast forward to the seventies and beyond, where our life as a Camphill Community will also have tales of events to tell, both beautiful and tragic, like the ‘big fire’ of 1984 when the community ‘went through the eye of the needle’ and survived – a blessed community, Beannachar. ●About the pictures: Our mansion around 1900. We would like to find out who were the people on this photo. Our research may find clues. Work in progress… ●Mansion from 2020. From the same angle as that from 1900, but from more than a century later! 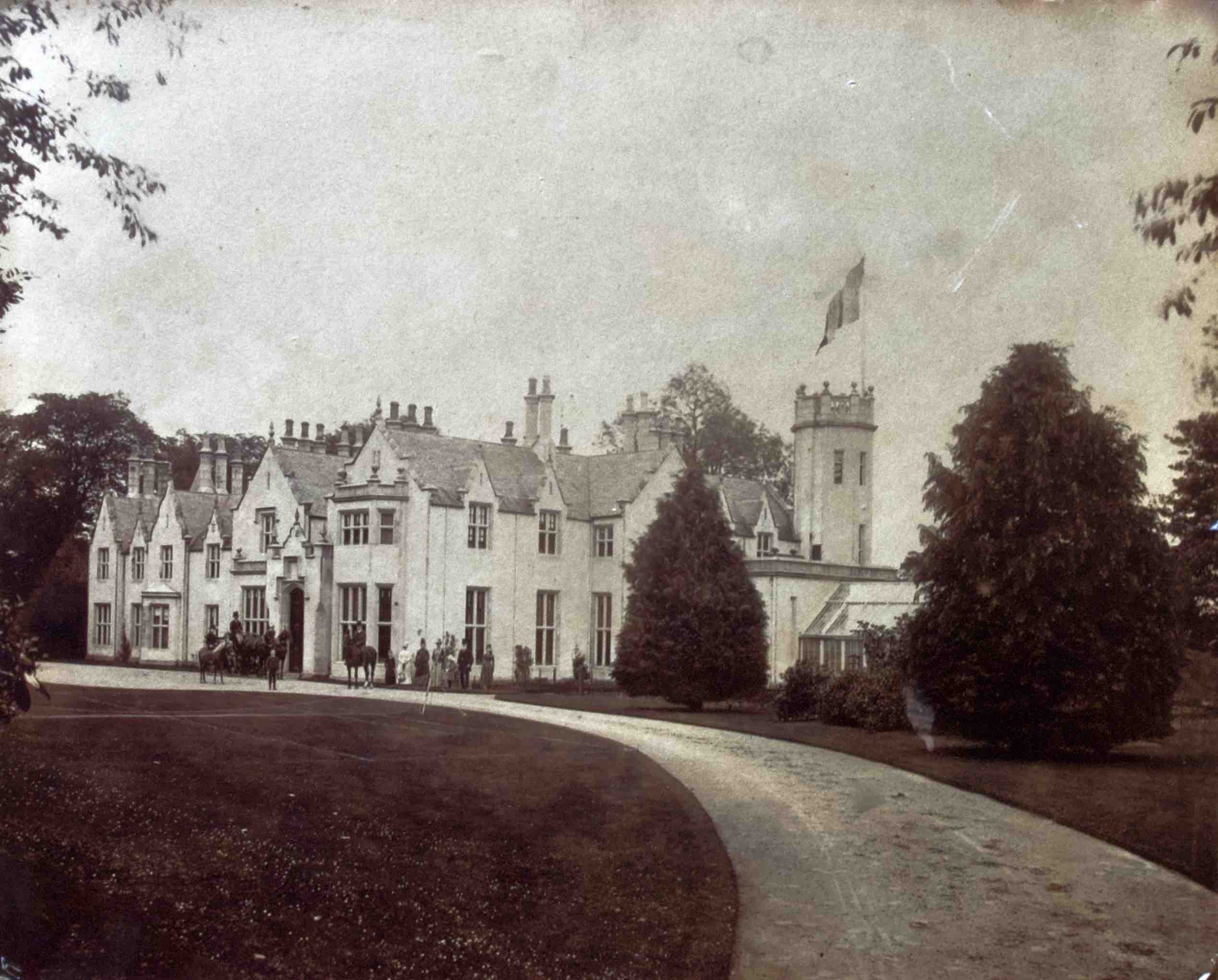 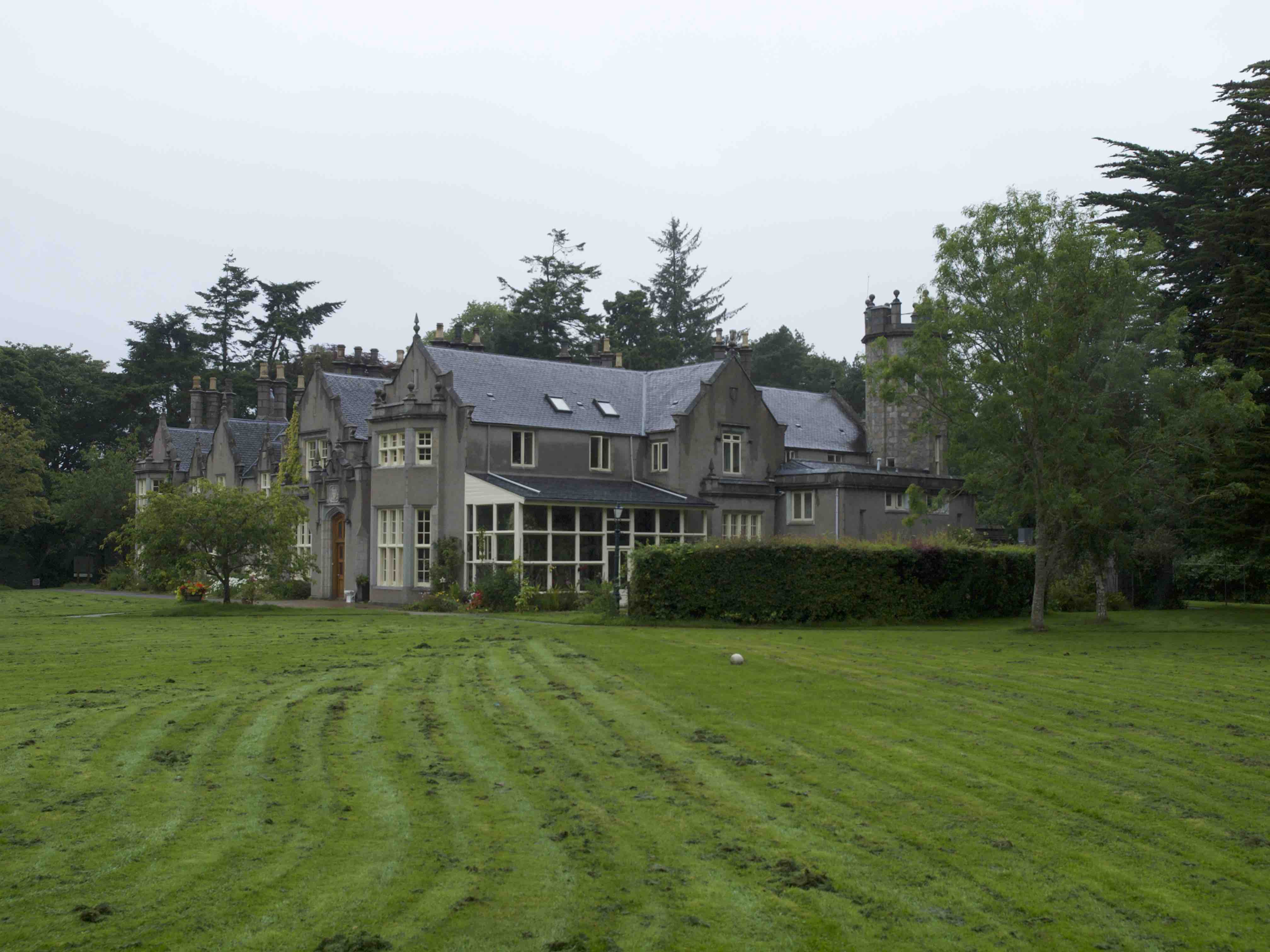 We soon hope to publish in depth articles about the history of this special place. Any suggestions, criticisms or corrections will be very much appreciated! Thank you and visit us again soon!